The final race in my Tri-ple Triathlon crown was the Ironman World Championships in Kona.  After 70.3 Worlds, I flew home for a week then headed out to Kona early for a heat training camp with Siri and the team.  The block in Kona couldn’t have gone better.  My injury healed up and by race week in Kona I was acclimated, healthy, and ready to fly.

To help illustrate my race day in Kona, my trusty best friend Keiki offered to act out the day in illustrations for me.

I got up just before 4am and forced down some bread and eggs.  I was so excited to get going and race morning started with some extra drama as a centipede bit Eric on our way to Starbucks. 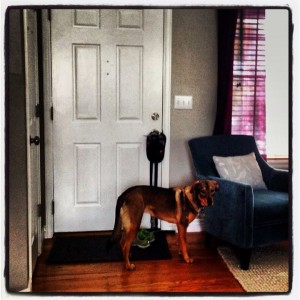 When I did arrive to the pier, I got stuck into the process of getting my bike ready for a long day.  I did a little pre-race jog to loosen up things and the necessary pre-race toilet then got into the water. 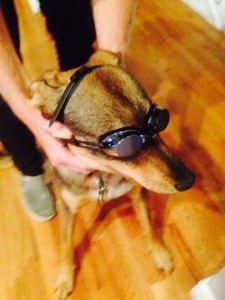 I lined up to the far left all by myself.  I had a good start as I learned the creep from the best, Julie Dibens.  Into the swim, I felt good sitting behind what I thought was the two leaders except I was being bashed by the swimmer next to me every stroke.  I fought for my position but Ms. Basher wouldn’t let me go ahead of her so I settled behind her. On the way home, I was disappointed to see the swimmer in front of me had lost the feet.  I pulled around and swam hard the last 900 meters to try to keep in contact with the leaders.  Out of the swim, I was pleased to see that I wasn’t too far behind. 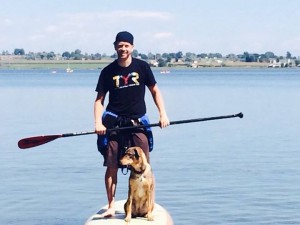 It was time to ride.

This race being the first Ironman I have ever been rested for I went a bit nut-bar during the first 10K of the bike where I am usually pretty conservative.  I bridged up the gap to Jodie in the first two miles of the bike.  When I pulled ahead to take the lead, Jodie was having none of it.  She let me stay ahead for maybe a minute then re-passed me yelling that I wasn’t to go to the front if I was going to slow.  Properly chastened yet again by Jodie, I let her take the lead knowing that I could help take the lead later in the race when she finally would let me go to the front. 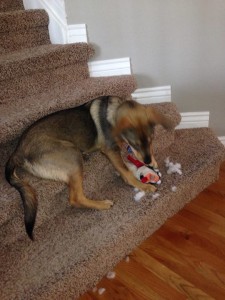 After another 10K Meredith went to the front and again I could tell Jodie was having none of it.  Only this time, I could see the official eyeballing Jodie who eager to get the pace back up was sitting a hair too close to Meredith for a hair too long. 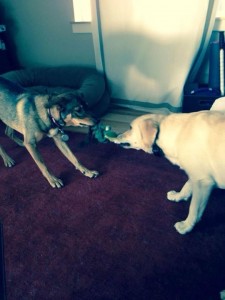 I didn’t have long to ponder that as right then a gust of wind tore my entire container of salt tablets from what I thought was a safe spot tucked into the top of my race kit.  I wanted to go back but they were gone flying away on the gust of blasted wind – what a dolt I am.  To add insult to injury, the official saw this and gave me a penalty for unintentional littering.   As a professional, I should have had a plan B with extra salt anywhere on my bike or in special needs or in my T2 bag but I didn’t.  I had all 24 tablets in the one container that was strewn somewhere in the lava fields outside Waikoloa. 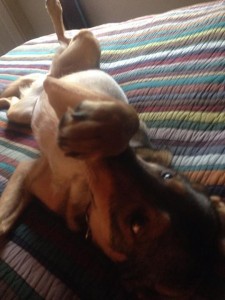 After the penalty tent stop, our little group was broken up with Jodie and I both stopping.  I got back on my bike and was glad to ride solo without having to worry about any other ladies.  I slowly bridged my way back up to Meredith right before the turn off the Queen K and that was also when Daniela caught us on the bike. 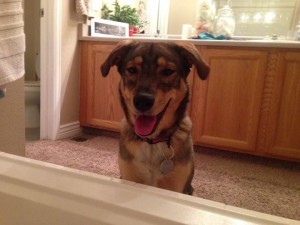 I felt good on the climb but preferred to ride my own pace so I pulled ahead of Meredith but didn’t fight to stay with Daniela, I just rode my own pace.  When Rachel also came past, I let her go as well but noticed that she stayed around 20 meters ahead most of the climb and I bridged back up to her before the turnaround. I grabbed my special needs, again Rachel gapped me by 20 meters but it didn’t get any bigger so I just focused on riding my own pace.  I stayed in that range until Rachel made a move on the way home and dropped me by a 20 seconds only to again bridge back up on the climb to scenic lookout then I had my only bad patch on the bike from the airport home and lost time to both Rachel and Daniela. 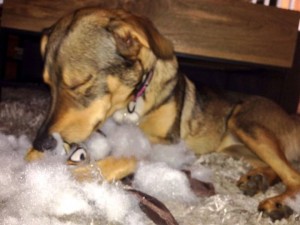 Off the bike, I felt pretty rubbish but I have been there before so I didn’t stress.  Once I got onto Alii though I felt pretty good not fast but the effort was easy.  I felt like I got into a steady rhythm I could maintain for the entire marathon. 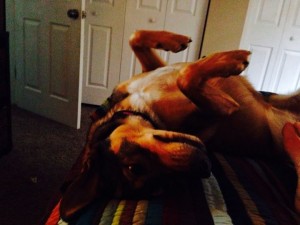 But when I hit Palani I knew I was so wrong.  I was completely wasted and that one climb felt like Everest in the race.  Out on the highway I never recovered and things went south for the rest of the run.  The last 12K were the worst of my Ironman career, every muscle in my lower body was cramping as well as my abs and arms.  Every step was a struggle but I just wanted to make it home as fast as possible.  I was bleeding time and got passed by what felt like the entire field.  Down Palani was almost as bad as up just this time my cramping muscles were like lead weights holding me back. 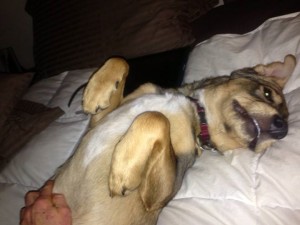 When I crossed the line, I was very disappointed but was glad that I gutted out a very ugly top ten finish.  I am not sure what caused such a disappointing run most likely a combination of factors that I need to address with Siri over the next twelve months. 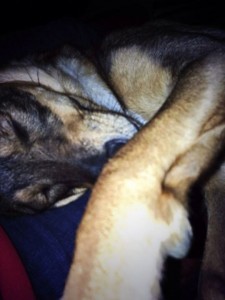 I collapsed over the line and taken straight to medical.  My least favorite place, please get me out of the medical tent, now. 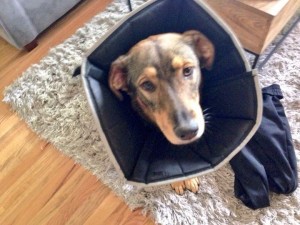 Time for a beer or two or three, please.

Thanks to Keiki for helping me illustrate this year’s Ironman World Championship race. 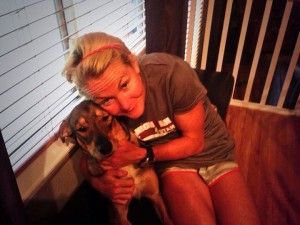