Moving on from Kona

Moving on from failure

I was crushed by my inability to finish in Kona but also devastated when my accident happened in September a month before the world championships.  I tired but failed to recover from my accident and surgery in time for the world championships.  I knew going into the race that this was a risk but I had hoped and prepared thinking I had a chance to succeed.  All of us fail, but the key is to learn from that failure.

First, there is no one to blame for my failure except myself.  While the accident in September was simply bad luck, the decision to take a risk and still try to make it to the start line was my own.  Despite my failure in Kona, I am glad I tried to race.  If I had simply sat on the sidelines, then I know I would have been haunted by that choice.

The accident was a random external event that neither my coach, Brett Sutton, nor I could have prevented.  In hindsight, next year, I can focus on taking less risks. For example, I can do my easy recovery rides on the trainer and avoid riding outside in wet or icy conditions.  Accidents happen and will continue to happen especially to a klutz like me. However, I will focus on minimizing my danger and try to avoid unnecessary risks in the future.

Trying but failing to finish Kona has also taught me many important lessons for 2014. It is okay to take a risk, but I must be willing to accept the consequences.  By being so public about trying to recover from surgery in time to race, I put myself on the line knowing that not starting and not finishing were strong possibilities given my injuries.

I learned that to truly win in Kona you need to be fresh and fit mentally and physically.  I underestimated the toll that recovery would have on me both mentally and physically. It was such a difficult fight to simply make it to the start line that I arrived there exhausted.  I think arriving fresh is even more important than being fit, and I will not make the same mistake again.

In addition, I also learned that the women’s race is changing rapidly.  It was amazing to see group of women riding down the Queen K.  The race looked much more like the men’s race.  It is exciting to see the women’s field becoming stronger every year.

The women who did make it to start line fit and fresh had amazing races.  I was so impressed by Mirinda Carfrae’s record-breaking performance as well as Rachel Joyce’s sub-9 hour 2nd place finish.  Along with these two, we have seen the entire women’s field lifted and performing better than ever.  Chrissie Wellington may have started the trend, but it is great to see all the athletes stepping up and performing better every year. I hope and will work hard in 2014 to be there battling with another stellar women’s field. 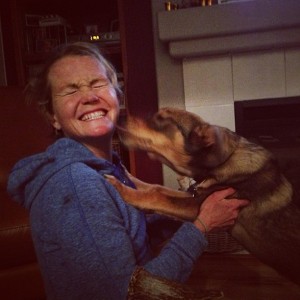 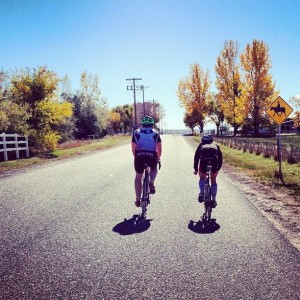